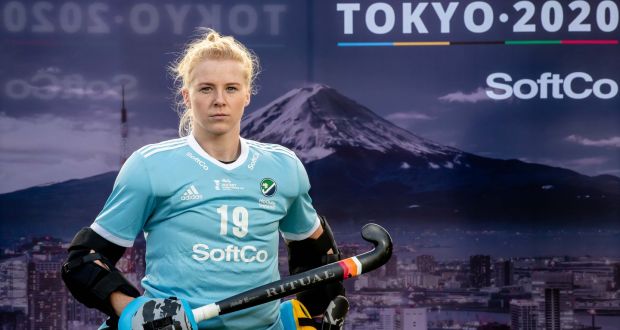 1. Tell us a bit about your hockey journey to the national team

I was fortunate to get my first cap when I was 18 and have kept my place in the squad since. That same year I moved to America for a hockey scholarship at the University of Louisville for 4 years. During that time, I would travel back and forth to Ireland and beyond for training, matches and tournaments throughout the year, from Europeans A & B division, Champions Challenges, World Leagues and the World Cup. Having left America, I then moved to Holland to play for SV Kampong, playing at a higher level will go hand in hand at trying to improve my game for international level.

2. How have things changed since your success at the World Cup?

As a team, its’ been huge! We have been able to secure more funding and sponsorship which has allowed us to get more training together. The big thing for us was coming home and finding out that Sport Ireland was going to build us a hockey pitch at the High Performance centre ensuring we had a home, somewhere to call our own. The buzz and bandwagon support from the WC, also meant that the popularity of the sport throughout the country has grown with more people wanting to start or go back playing, which is something we are most proud of. Creating that buzz and inspiring people to get back into the sport is a part of playing international sport.

3. You had a phenomenal tournament at the World Cup and the determination of your group was very obvious. Where does that all come from?

I think as a team, we knew it was about time we did something we knew we were capable of. We had a point to prove, not only to ourselves but to a lot of other people who have kept putting us down. Majority of the time when we play in tournament or friendly matches, we were always the underdog which is typical in most Irish sports. It probably helped when a few teams didn’t perform as they had planned but you got grab hold of the opportunity presented to you and I feel that we did that. For me the tournament was about keeping it simple and doing what I knew I was capable while playing at my first high-level tournament. 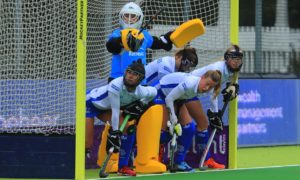 4. How has playing club overseas influenced your career and also your style of keeping?

Playing overseas both in American and Holland has challenged my style of play by facing different players and teams each week. In America I was able to me more aggressive, coming out further in the circle, more sliding & smothering the players coming in. However, in Holland since they play is a lot quicker and more skillful it means holding my zone and being patient. Waiting to make a save rather than charge out and force an action of the attacker coming in to the circle.

5. What GK specific training do you do in a week?

Each week I will have 2 or 3 GK specific sessions, with both my GK coaches Nigel Henderson in Ireland and Martijn Drijver in Holland. Majority of the session compose of different drills focusing of balance, agility, being patient with save and seeing the ball. I will also have 5 pitch session with both my team for Ireland and Kampong, which is more generic field play with the defense etc. The week is then topped off by adding in 3 gym sessions, looking to improve speed, power and agility which I would be a key area when moving around the goal. 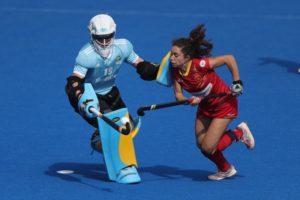 6. How’s the preparation looking for Ireland this year?

It’s definitely a busy year for us, we started of the year in South Africa with matches against South Africa and Germany. Following some part time training throughout February before we head of again to Asia in March for a warm weather camp in and matches as well. Leading into May, we will become more full time, based in Dublin with the opportunity to travel to some countries in Europe before we had off the Japan at the start of July for the pre-Olympics camp. Looking at the calendar it’s a bit hectic, but it’s definitely what you want as an international athlete.

7. What’s life outside of hockey look like for you?

Life outside hockey is fairly chill this year, having completed by bachelor degree in Health & Human Performance in May, I’m taking a year out of education to focus on hockey and qualifying for the Olympics. This involves free time in between training which is normally filled with cooking or baking, drawing or something artsy and most of the time searching for different food places throughout Amsterdam or Utrecht.

8. Share your thoughts on your nomination for the 2019 FIH Hockey Stars awards?

It’s such an honor to be nominated with several other great goalkeepers from around the world, some of whom I have followed and learnt when I first began to play international hockey 6 years ago. To be recognized for the hard work that you, your other goalkeepers, team mates and staff put in because without them nothing would happen. 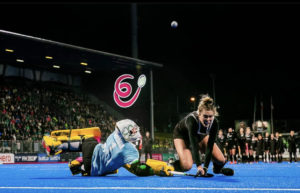