Michelle Flouch is among goalkeeping royalty. She has coached some of the best Victorian goalkeepers in her time as VIS goalie coach from 1997-2019. As a player, she was the emergency goalkeeper for the Hockeyroos for the 1988 Olympics. As a person who has played such an incredible part of my career, I would like to pay homage to her as one of the most influential people in shaping the way I play and the person that I am. Not only has she had a great impact on me, but a number of other amazing goalkeepers in Victoria. Hear how Michelle has shaped some of the best goalies in Australia. 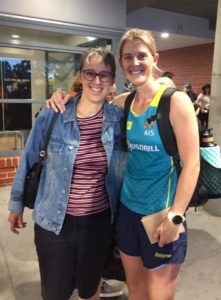 As a young goalkeeper I was taught from a young age the importance of basics. The very first drill I can remember was with Lisa Blake from Doncaster and it was a kicking drill I still practice regularly that I often include in my coaching clinics. During my time as a keeper I’ve spent hours and hours working with one particular goalkeeper coach and that’s Michelle Flouch. I joined the VIS in 2003/2004 having only started playing hockey 5 years earlier. Michelle was my goalie coach and I was so fortunate to have her guidance and expertise while building the foundation of my goalkeeping. I debuted for Australia in 2006 but continued working with Michelle weekly until I moved to Perth in 2008. On return we spent another year training and then I was off to Perth again in 2010 where I would remain until today. The training and drills we did were never particularly creative. It was all about basics. We spent hours working on kicking, leg saves, split saves, sliding, diving, glove saves and penalty corners. I remember the drills so vividly. They are etched in my mind as we did them so many times. I learnt to fall in love with the simple things, the details. I always looked forward to my time spent with Flouchy. She was honest and to the point which I really appreciated. We are similar in that way. I don’t like wasting time with the lovey dovey, just tell me what I need to do to be better. 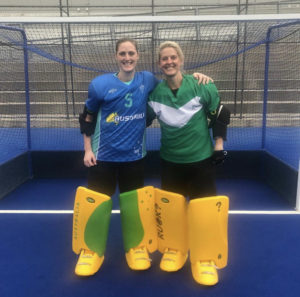 I am incredibly grateful to be part of an institute that prioritise their goalkeepers and one person I owe a lot to for that is my first goalkeeper coach Michelle Flouch. Flouchy has coached so many amazing goalkeepers over the years and I’m sure most of them would reflect on their time with her in a similar way. Flouchy was always big on the basics, just when you thought you had done enough kicking she had more drills up her sleeve. Her drive to make keepers that can consistently perform is why she is such a successful coach. Not getting distracted by trends or flashy drills she has always stayed true to her methods of keeping. She has played a huge part in my goalkeeping career but more importantly she has influenced the way I now coach up and coming keepers. I still, all these years later, coach with drills Flouchy taught me as a young keeper. So on behalf of goalkeepers all over Australia I’d like to say a huge thank you Flouchy!

In my hockey career I really only had three GK coaches. Flouchy was one of the three most influential people in my hockey life. She always made time for me and committed so much energy into developing my skills when I was training in Victoria. I can’t thank her enough for everything. 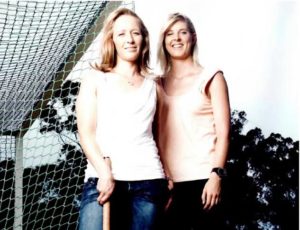 Flouchy is the type of coach who you want to perform for, when you go away on tournaments or training camps you want to do well and you want to put all your training with her into action in the hope of impressing her. No matter what mood you were in as soon as you put on your gear, stepped out on to the pitch and into the net. You wanted to work hard for her because she inspired you to train hard and you knew she was there for YOU, to help YOU improve, and to make YOU better. Every session you would come back hoping to do better than your last just to see her smile and say your doing well. She always had feedback, positive and negative. No matter what level or how good you were she always had insight on how you can do better. Just when you thought you had ‘mastered’ a skill there was something else you could fix to make yourself even better. It was the ongoing and continues learning that made it fun. She made you compete against yourself and focus on your basic skills and then slowly improve your overall ability to perform as a goalkeeper. 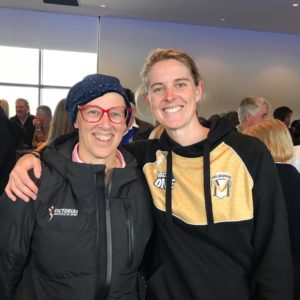