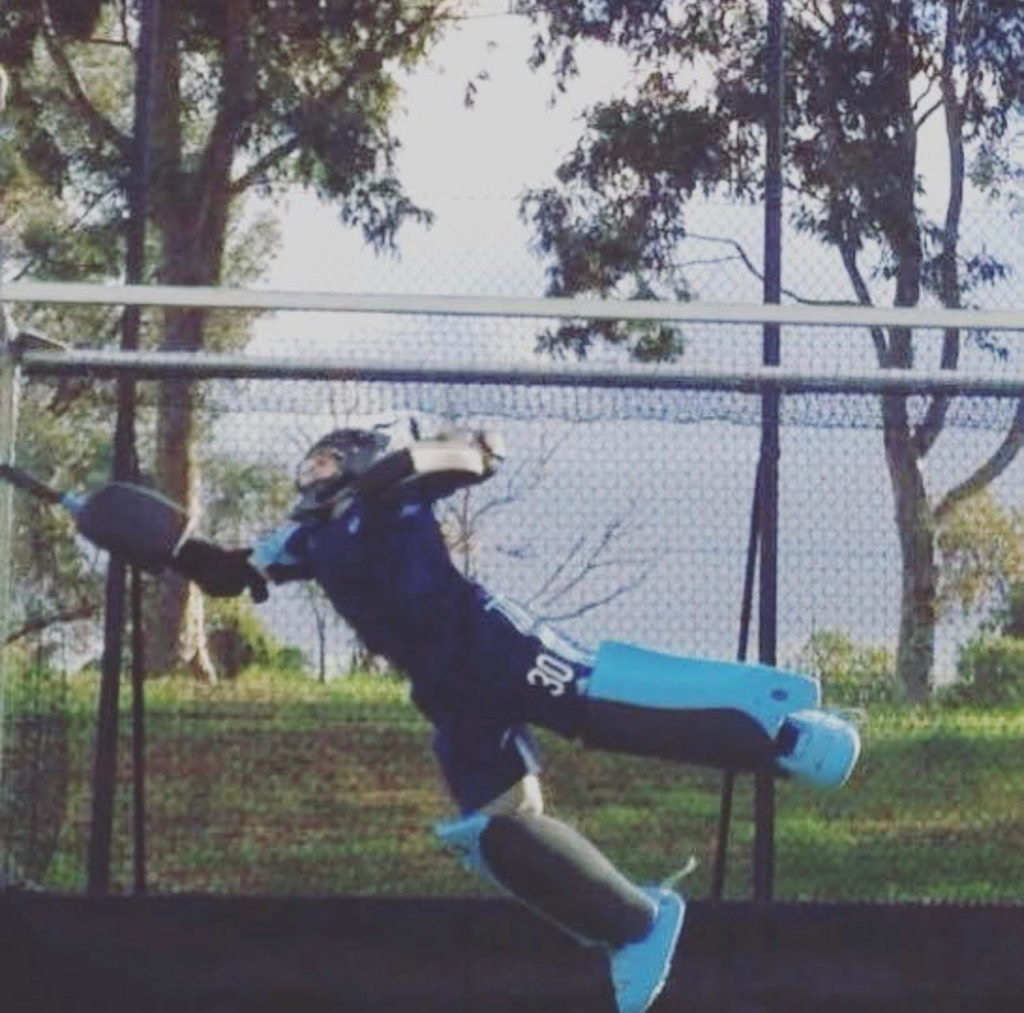 The roast chicken went untouched. Fumbling the peas on my plate with my fork, the lump in my throat swelled until it felt like it was obstructing airflow entirely. Eventually I locked eyes with my mother “mum, dad, there’s something I’ve been struggling with for a long time that I want to tell you about”.

The night I told my parents I was commencing my transition from female to male will forever be etched in my memory. Now, 18 months after beginning to inject testosterone into my body, it seems as though I dreamt it. After all, everything was so different then.

Through transitioning I gained a newfound sense of happiness and closure, however this was not without sacrifice. Having been an elite athlete at a national level, the transition from female to male also involved a transition from athlete to spectator. Growing up, hockey was such a huge part of my identity and an essential form of escapism for me.

Ironically, my final year of premier one hockey and second year of Australian Hockey League was undoubtedly my best season. This was because I knew the season would be my last.  Playing whilst knowing this meant for the first time in my career I was not concerned if I played well enough, if the selectors were watching, or if I would make the team. I just wanted to have fun and enjoy it while it lasted. In hindsight, I wish I was able to play my entire state and premier one career with this mental clarity. I don’t have many regrets in my life, but one thing I wish I could’ve conveyed to my younger self was just to enjoy my sporting career as it happened, rather than constantly comparing myself to others and worrying about selection.

Goalkeeping was always a cathartic experience for me - as every time I put on the pads I felt a metamorphosis not only mentally but also physically. A goalkeepers silhouette is the same regardless whether the wearer is female or male - strong, protective and foreboding. Goalkeeping allowed me to forget all the stress within my life and for 70 minutes, focus purely on not letting a ball into a net. This felt trivial compared to the other stressors within my life and allowed me to keep things in perspective.

Goalkeeper is an interesting position. In a team sport, the goalkeeper almost plays as an individual, with no other team members on the field having the same role. Goalkeepers can have a huge effect on the outcome of a game, which sometimes, can be a double edged sword. I’m sure all goalkeepers reading this can think of a game they have played outstanding and another game ... well... not so much. Unfortunately for us however, sometimes these “less than peak performance” games can have significant consequences. A good goalkeeper is able to understand this concept and honour it, without dwelling on past mistakes and being excessively self critical. When I was a junior keeper, I thought that being excessively self critical would result in my skills improving. However, after transitioning I am now able to understand that positive self talk (even during a “ less than peak performance” game) is the sign of a truly capable and elite athlete.

I look at my helmet now, fondly. After all, I had saved up to purchase it, travelled with it and made lots of friends whilst wearing this helmet. However, I don’t think I am ready to return to goalkeeping just yet. How can someone return to a form of such profound escapism if they don’t need to escape themselves any more?

I know for many people the idea of transitioning genders may seem perplexing. “But how do you know?” “Why do you transition?” “What if you regret it!”. I find it hard to articulate my reasoning for transitioning because simply there was no other option. It’s undoubtedly the best thing I’ve ever done, yet it didn’t really feel like a choice as this is who I’ve always been. For me, transitioning feels the same as one may feel when returning from a long holiday a sense of familiarity, closure and homeliness.